The store will not work correctly in the case when cookies are disabled.

LET’S TAKE A LOOK AT NATURE’S MOST POWERFUL CLEANING SOLUTION, AQUEOUS OZONE. DISCOVERED OVER 100 YEARS AGO – TODAY A DRIVING FORCE IN SUSTAINABLE CLEANING.

As you may know, ozone is a naturally occurring compound in the earth’s atmosphere. Ozone is organically formed through sunlight or lightning. It occurs when an extra oxygen atom is added to the 02 molecules in the air.

Aqueous ozone is also known as liquid ozone or 03. It is created when ozone becomes infused into raindrops. Aqueous ozone is an unstable molecule which means that it instantly splits and reverts back to water and oxygen. 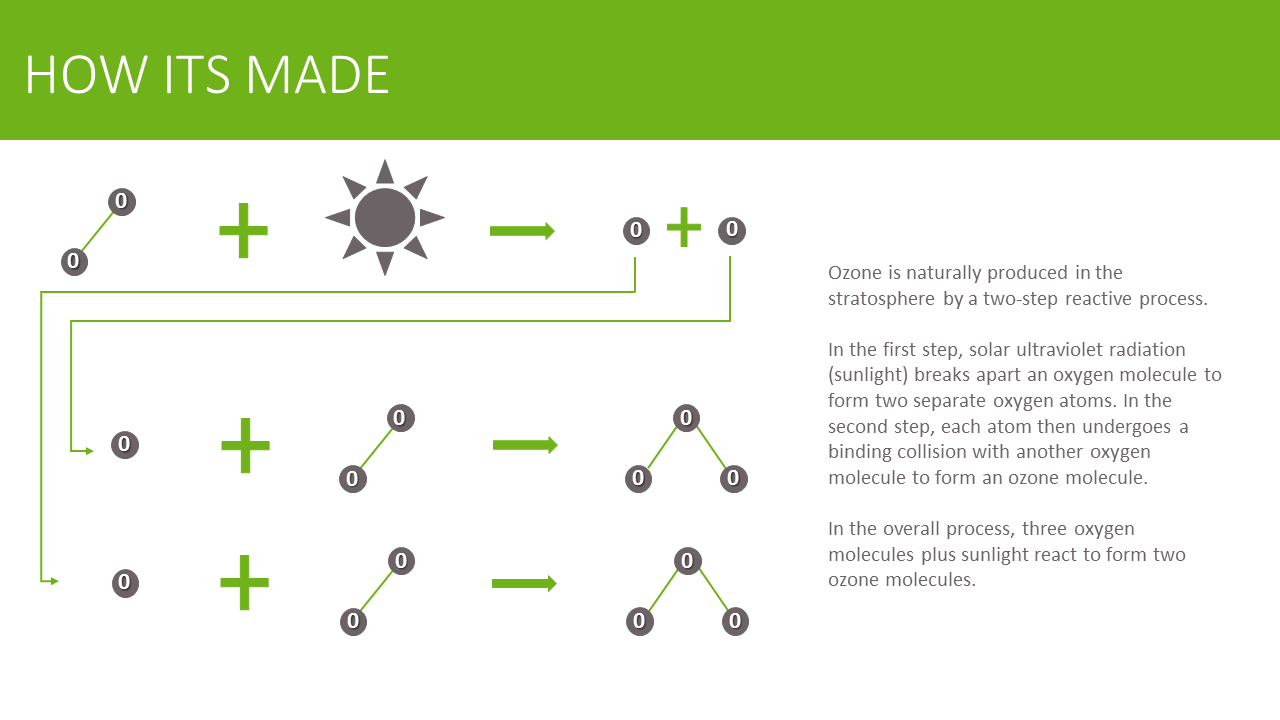 Science has been able to reproduce aqueous ozone since we learned how to control an electrical current. The concept was initiated in 1785 by Martinus van Marum, a Dutch chemist. Martinus noticed an unusual smell while experimenting with electrical sparking above water. He attributed the findings to electrical reactions, failing to realize just what he had created. In 1840, over 50 years later, Christian Friedrich Schönbein identified it as ozone.

WHAT HAS THIS GOT TO DO WITH CLEANING?

In the 19th century, aqueous ozone was found to have significant cleaning and disinfecting capabilities. However, it did not gain any real momentum, until the turn of the 20th century; when it was used in a water treatment plant, to purify city water supplies. The cleaning results were so impressive that it was later used to sanitize swimming pools and wash foods such as meats, fruit, and vegetables. These processes are all still in use today.

HOW HAS THIS AFFECTED THE CLEANING INDUSTRY?

Over the past century, the development of better power sources and technology has surpassed all expectations. These advancements have allowed us to create aqueous ozone generators that are significantly smaller and more powerful. In 2008, aqueous ozone systems were introduced to the professional cleaning industry in Europe and North America. In 2016, the system was recognized by Green Seal as a proven-greener, proven-healthier cleaning solution. It seems this was the verification that the cleaning industry had been waiting for. Following Green Seal’s approval, a company named Tersano wasted no time introducing a small aqueous ozone generator to the marketplace.

TERSANO – THE SOLUTION TO SUSTAINABLE CLEANING:

Tersano created a product named the Lotus Pro – a dispensing unit that produces stabilized aqueous ozone (SAO). This simple unit infuses tap water with oxygen; then 4500mV of electricity transforms the 02 into 03, creating a powerful solution named SAO that oxidizes germs and dirt instantly on contact.

Although SAO is a simple cleaning solution, it has completely disrupted the marketplace for traditional cleaning chemicals. SAO is a food grade sanitizer, powerful cleaner and of course an environmentally friendly alternative to traditional chemicals.

The Lotus Pro means that for the first time in history, a business of any size can now afford to buy their own dispensing unit and create SAO on demand. The compact unit can be bought outright and even saves you money by comparison to traditional cleaning chemicals costs.

SAO produced by Lotus Pro has a lifespan of up to 24 hours as a sanitizer and 6 days as a cleaner. It then reverts back to water and oxygen with no harmful residues or vapors that would impact people or the environment.